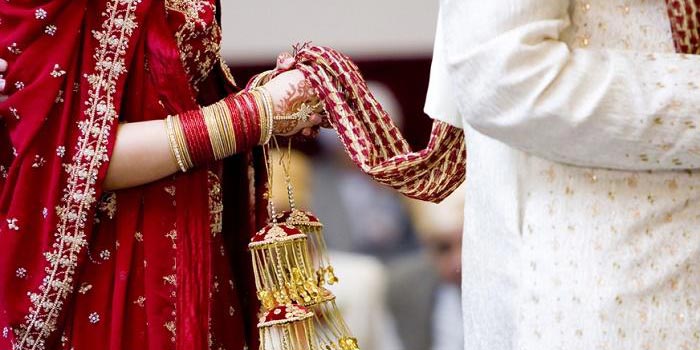 In other religions, marriage is a kind of agreement between husband and wife, which can also be broken in special circumstances, but in Hindu religion, marriage is a very well thought out sacrament. It is customary to take the consent of all the parties including the bride and groom in this ceremony. In Hindu marriage, there is more spiritual connection between husband and wife than physical relationship and this relationship is considered very sacred.

There are 7 Pheras in the marriage, the marriage ceremony is not considered complete. In this process both husband and wife take 7 pheres which is also called ‘7padi’.These seven pheres have their own meaning. With every Phera the bride and groom take a vow. All these words are special in themselves. Since Hindu marriage is a relationship of birth after birth, so seven pheres have been given special importance in Hindu marriage.

Why only seven Pheres are taken? 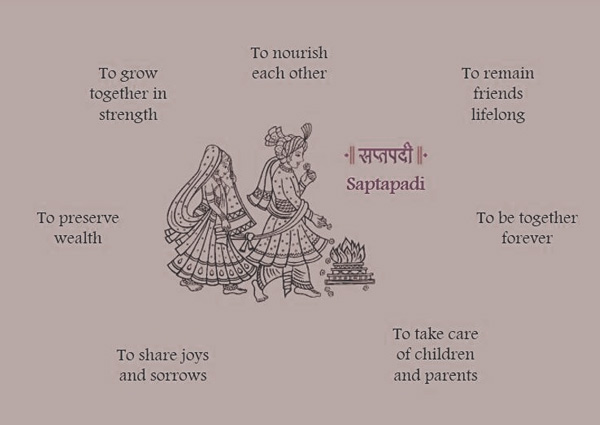 In Indian culture, the number 7 is considered very special for human life. 7 notes of music, 7 colors of rainbow, 7 planets, 7 planes, 7 seas, 7 rishis, 7 lokas, 7 chakras, 7 horses of the sun, 7 rashmi, 7 dhatu, 7 puri, 7 stars, 7 island, 7 days , 7 circumambulation of the temple or idol, etc. have been mentioned. Just like all of above there are 7 Pheras in Hindu weddings, and if you are confused we have given below the meaning of 7 pheres of Hindu marriage 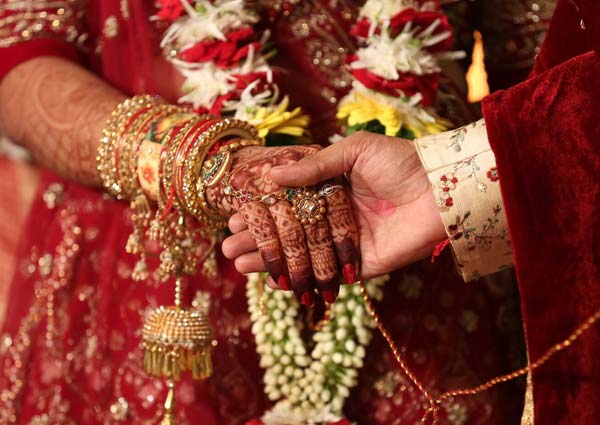 In the first vow, the groom agrees that he will take adequate care of his wife’s nutrition and be responsible for providing food and happiness to her and the children. In response, the bride promises to share all the responsibilities, manage the household’s wealth and take care of the family by taking care of the children, the house and their food.

READ  Top 5 Benefits of Booking Banquet Hall for Your Event!! 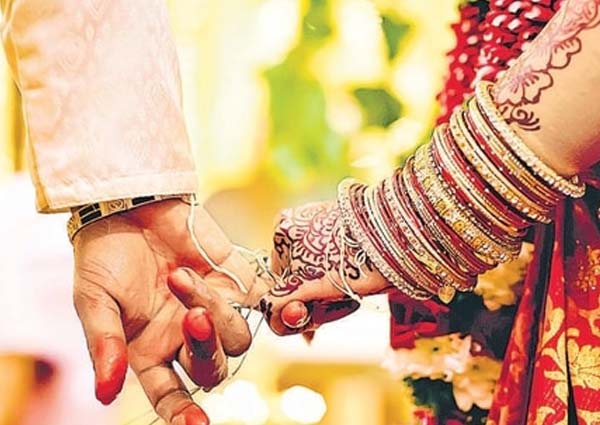 In the second vow, the groom agrees and promises to protect his wife and children. In response, the bride promises that in all the endeavors and undertakings of her husband, she will give him full support and encouragement at every step of life. She promises to be his strength. 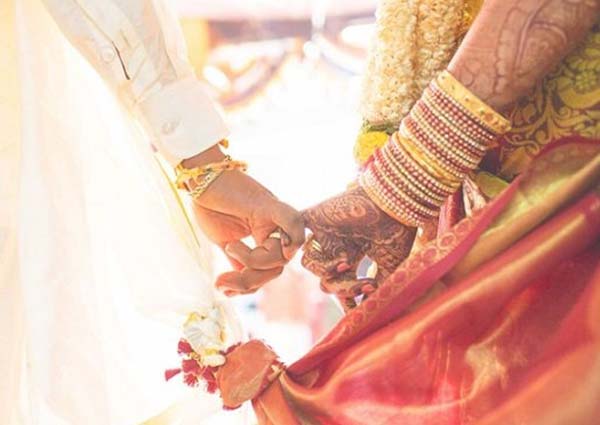 In the third vow, the groom agrees and promises to provide good education to the children and earn enough money to lead a peaceful life. In response, the bride promises to be a devoted and loving wife. 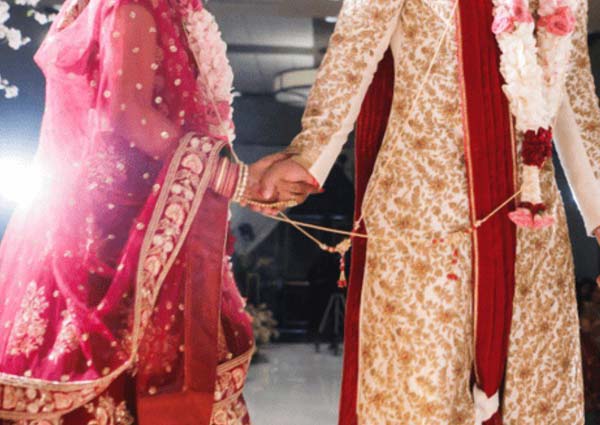 In the fourth vow, the groom show thankfulness to the bride for making her home and life beautiful and prays for a holy and happy married life with her presence and blessed with loving and obedient children. In response, the bride promises to fill the life of the groom with happiness, joy and happiness. 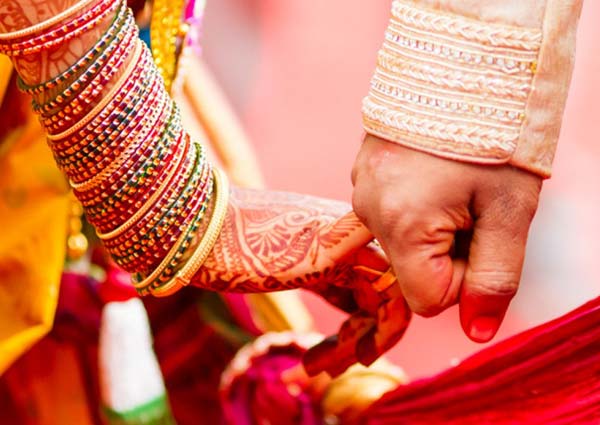 In the fifth Phera, the groom agrees and vows to consider his wife as his best friend, the best well-wisher and prays to God to bless her. In response, the bride promises to love her husband for eternity as well as to trust him completely in every circumstance. She believes that from now on her husband’s happiness will be her happiness. 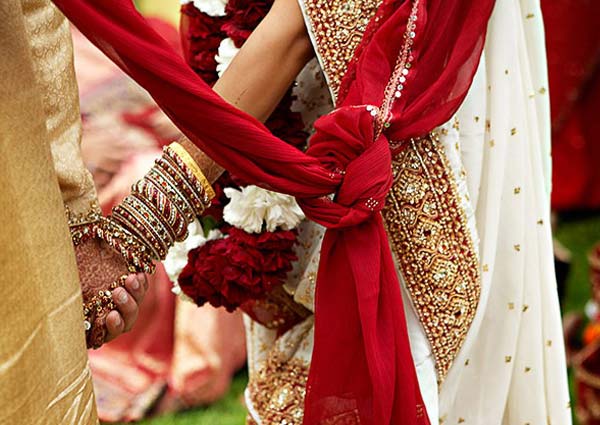 In the sixth Phera, the groom agrees and promises to remain faithful and committed to his wife that he will not allow anyone a place in his life. In response, the bride promises to be completely loyal to him as well as stand by his side in the same way for life to come. 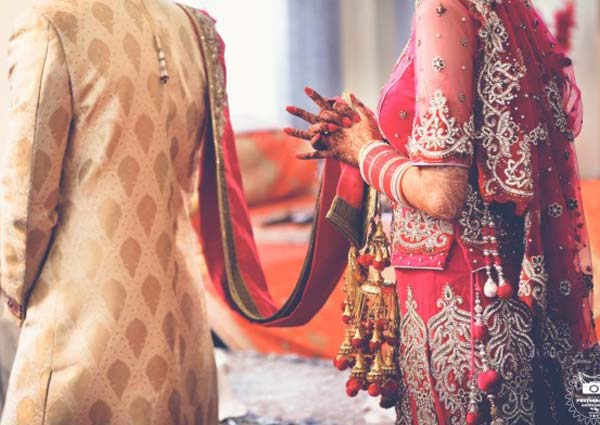 In the seventh and last Phera, the groom promises a lifelong friendship with his wife and prays for the longevity of their marital alliance. He declares that from now on, she will be his wife and he will be her husband for life. In response, the bride promises to spend the rest of her life with him and accepts the groom as her husband as a witness before God. She prays for their happy married life.

These were the significance of 7 pheres.These seven vows are considered to be the most important and distinctive aspect of any Hindu wedding ceremony. Pledges are the words spoken by the bride and groom, and are the foundation of their future promises, responsibilities and intentions.These 7 pheras include everything generally accepted and that is for leading a satisfied and successful married life. These vows represent mutual respect, devotion, and a lifelong commitment to each other. Marriage is a soulful bond that is lifelong and everlasting and these seven vows strengthen the couple’s intentions to live together in all the good and bad times of life and enjoy the pleasures of married life. 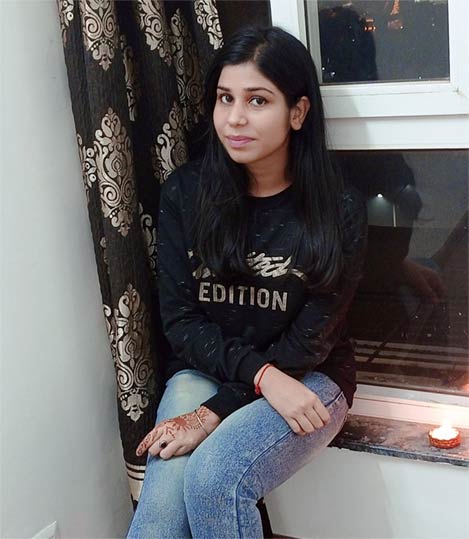 Kriti Awasthi is a passionate reader and a professional writer. Her writing style is figurative, animated, and Chatty. If she is feeling it and it strikes her fancy, she will write it. Sometimes poetically and sometimes rhetorically, she is keen to open the new doors of the writing world.