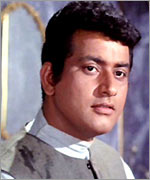 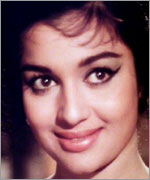 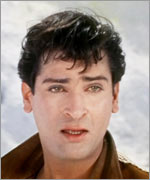 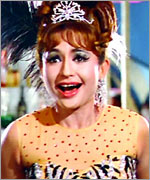 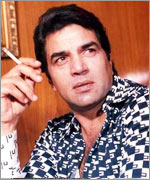 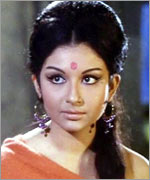 
The span from 1960 to 1970 or the Era of 60's can also be termed as the era of colours on silver screen. The black and white prints were copmletely outsourced from the screen after Mughlal-e-Aazam in late 1959. The advent of 1960's in bollywood brought with it an air of transformation which diversified the traditional aspects of acting in hindi film industry. Surfacing of gorgeous actresses like Mala Sinha, Asha Parekh and others jinxed the audience with their looks and appeal. The most significant amongst all was the appearance of Helen on the silver screen who created a new class of acting which belongs to her and her only. Such was the spell of talent in the actors and actresses of that era, Some legends like Tanuja, Saira Banu, Sharmila Tagore graced the screen with their effective skills and talent. The actors were not far behind and the greatest villion of all times - Prem Chopra, entertained the audience with his exuberant display of acting talent. Legends like Sunil Sutt, Shashi Kapoor, Shammi Kapoor, Pran and others grassped the audiences with their own exclusive class of active. Sangam, Guide, Dosti, Waqt and Tisri Manzil are some of the most remembered bollywood flicks of that time. Besides these, the screening of Mughlal-e-Aazam in late 1959 marked the starting of a history in bollywood which commences and concludes with that exclusive work. Here is a list of all time great actors and actresses of bollywood from the era of 60's.